House In Solway Township A Total Loss After Fire 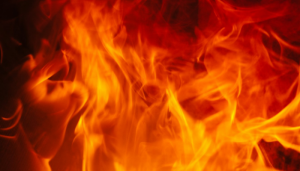 SOLWAY TOWNSHIP, Minn. — A home in Solway Township is a total loss, after a fire destroyed it Wednesday morning.

The St. Louis County Sheriff’s Office says just after 8 a.m. several fire crews were dispatched to a house on fire on Solway Road.

The homeowner was returning home when he noticed smoke coming from the home and an active fire in a bathroom. He then called 911, according to the Sheriff’s Office.

The cause of the fire is unknown, although the homeowner stated he supposedly was using 3 space heaters inside the home at the time of the fire.

The Sheriff’s Office says no injuries were reported and the house was deemed a total loss.