Man Convicted Of Killing Katie Poirier In 1999 Dies In Prison 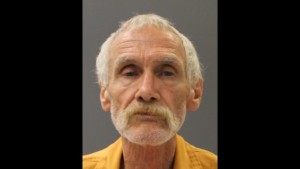 MOOSE LAKE, Minn. — The man convicted of killing Katie Poirier in Moose Lake in 1999, has died while serving life in prison, according to a family member of Poirier’s who confirmed Blom’s death with Fox 21.

Donald Blom, 73-years-old had served 23 years of his life sentence for First-Degree Murder and the kidnapping of Poirier who was 19 years old at the time of her death.

Poirier was working at a Moose Lake convenience store when surveillance video showed a man forcing her out of the gas station. Her body was never discovered, but about a month after she disappeared some of her remains were found on Blom’s property.

Blom later confessed to strangling Poirier and burning her body in a pit on his property in Moose Lake.

According to an information officer, Blom passed away at Minnesota Correctional Facility- Oak Park Heights of natural causes due to an illness.