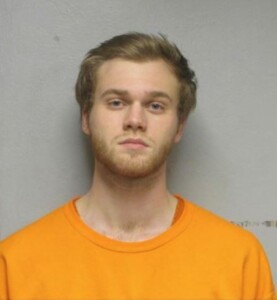 DULUTH, Minn. – A Minneapolis man is accused of stabbing his girlfriend in Duluth’s Lincoln Park while threatening to kill her.

Joshua White, 19, is charged with second-degree assault and threats of violence.

The stabbing happened around 4:15 a.m. Monday in a home in the area of North 24th Avenue West.

The 20-year-old victim was found in the living room covered in blood with a stab wound to the head, according to the criminal complaint.

The complaint also says the victim told officers that White beat her, spit on her, removed her clothes and assaulted her before the stabbing.

White could face up to seven years in prison for the most serious charge.

The victim’s injuries were not life-threatening.