Larson: "I am the better candidate for the job." 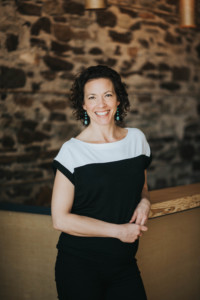 DULUTH, Minn. — After the official announcement from Roger Reinert about his campaign for Duluth mayor, Mayor Emily Larson release the follow statement, as well as highlights of her accomplishments over the past two terms:

“Who leads the city matters. How they lead it matters more. Duluth needs a leader focused on solving problems. A leader with good, consistent values and personal relationships, one who has a clear vision for how we move forward together as a community, and a record of effectively getting things done. On these criteria I believe there is a clear choice in this race and I am the better candidate for the job. Our community will always be stronger when we put people over politics, work hard, stay focused, and deliver results. I’m proud of our successes already and I’m committed to continue building a better Duluth, together.”

Emily Larson officially launched and announced her re-election campaign to continue her tenure as Mayor of Duluth just last month on Tuesday, Dec 13th. Emily Larson was elected Mayor of Duluth in November 2015 with 72% of the vote and inaugurated on January 4, 2016 as the first woman to hold the office. As the 39th Mayor of Duluth, Larson has prioritized economic development, streets, public safety, housing, sustainability, fair and affordable internet access and building an economy that works for everyone.

Achievements of her tenure include creating a $16 million Housing Trust Fund and simultaneously investing an additional $19 million to build new and renovate existing affordable housing, establishing Duluth’s Street Plan increasing dedicated funding to repair 14-17 miles of roads a year compared to the 2 miles a year when she took office, reducing the City’s polluting greenhouse gasses by 32% and creation of a new Sustainability Office and Climate Action Plan, elevating the Office of Human Rights and establishing the first-ever cross-department Equity Action Team.

Larson’s re-election campaign has taken the theme of “Building a Better Duluth” prioritizing Jobs and Economic Development, Housing, Public Safety, Quality of Life, Infrastructure, and Energy and Climate. Mayor Larson is focused on renewing downtown with implementing the 27 recommendations of her Downtown Task Force, addressing safety issues, transforming empty office space, building upon the economic development across the city, expanding access to affordable childcare so parents can confidently enter the workforce, and prioritizing and promoting with Duluth’s economic development partners, key sites for mixed use, industrial and housing development.

Learn more about Mayor Emily Larson and her campaign at https://larsonforduluth.com/.