Duluth Crews To Remove Snow From Portions Of City This Week 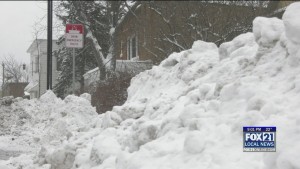 DULUTH, Minn. — Duluth city crews are going to knock down some of those giant snow mounds building up around sidewalks and haul them away.

It’s happening this Wednesday and Thursday.

On Thursday, snow will be removed to facilitate the rerouting of 21st Avenue West DTA bus lines during the MnDOT Interchange project and to reduce the amount of snow on the side of the street, according to a news release.

The city is posting no-parking signs in these areas to help avoid tickets and possible tows.

While the city crews can’t get to every intersection and sidewalk in the city, residents can file a report on the city’s website to be considered for review. Click here for the Resident Problem Reporter.