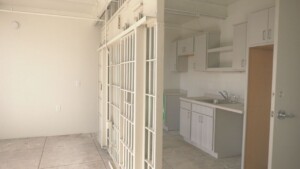 At one time the jail had 99 cells. Now as a new apartment complex, the building will have 33 units which are mix between studios and one and two bedrooms.

It will be called the Leijona with a mix of affordable and market-rate housing.

The old jail had not been used in more than 25 years and in 2009 the county even considered tearing it down.

In 2010 Duluth businessman Grant Carlson purchased the building. He is one of the three developers along with Meghan Elliott and Jon Commers, who have been involved in the redevelopment of the building.