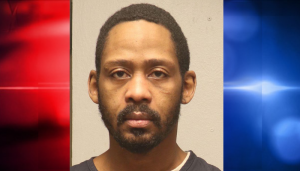 DULUTH, Minn. – A Duluth man was sentenced Wednesday to 20 years in prison for stabbing his pregnant girlfriend more than a dozen times.

The sentence against Anthony Holloway, 36, is the maximum allowed under state law for attempted second-degree intentional murder.

The stabbing happened last March in an apartment on the 1700-block of Kenwood Avenue.

The 32-year-old victim was in bed with her 1-year-old when Holloway stabbed her in the back, neck and chest, which caused damage around the heart.

The child was not hurt and the unborn child was later born unharmed.

According to the Duluth News Tribune, the victim spoke in court and said Holloway doesn’t need to be locked up for a long time but rather needs help with substance abuse, therapy for childhood trauma and to be present in his kids’ lives.