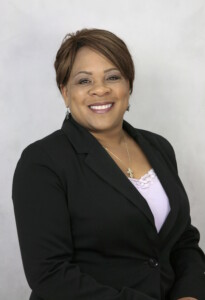 It was a unanimous vote by the council to elect Kennedy for the top spot.

She replaces Arik Forsman, who remains on the council.

“This is an historic time for all Duluthians and this election lifts up the voices of our African American community that has supported me throughout the years,” Council President Janet Kennedy said in a news release. “I am honored my council colleagues have chosen me to serve and lead as the Duluth City Council President and the first African American to serve in this role. I offer this legacy to my mother and father–children of sharecroppers who in the 1960’s came to Duluth for work at the Air Force Base from Columbus, Mississippi. They are US citizen refugees from the South as part of the Northern migration in search of a better life.”

“We will make a difference together for everyone. I look forward to supporting council colleagues, working with City staff and workers who do their jobs every day to ensure we have safe and healthy communities to live, work, and play. I will lead with action, curiosity, openness, and a willingness to actively listen,” Kennedy went on to say.

Councilor Roz Randorf was elected as vice president for 2023.

To read the full news release from the city, click here.