Minnesota’s Unemployment Rate Increased To 2.5%, Remains Near An All-Time Low 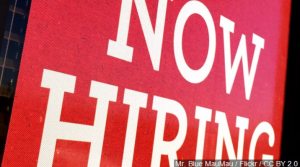 The jobless rate has ticked up for five straight months, though it remains near an all-time low. Minnesota employers made some large layoffs in December, though it doesn’t look like a recession in the labor market, Economic Development Commissioner Steve Grove told reporters Thursday. Many employers are hesitant to give up on hiring now that supply chains are improving, he said.

The state’s labor force grew by 3,300 workers in December, to 3,074,476 people. That’s not a big gain, but it does follow several months of declines in the labor force.

The worker shortage is the “number one barrier” in Minnesota’s economy because of an aging workforce and not enough people moving into the state, Grove said.

In 2022, Minnesota’s private sector added jobs slightly faster than the U.S. average. Over the year, the leisure and hospitality industry grew the fastest, while employment in the construction industry declined.