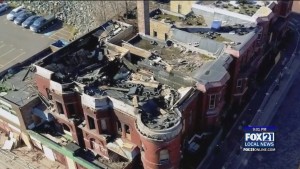 DULUTH, Minn. – A Duluth business owner has been shot down with his proposal to restore and develop the condemned former Kozy building in downtown Duluth, also known as the historic Pastoret Terrace.

The city of Duluth issued a press release Friday about the decision: “The Duluth Economic Development Authority (DEDA) has declined a recently submitted proposal in response to a request for proposals (RFP) regarding the Pastoret Terrace.” 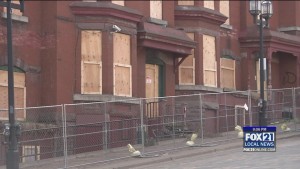 The release did not give specifics about why the proposal was denied, stating Minnesota Governor Data Practices Act.

Raymond told FOX 21, “I stand behind my proposal. It was very viable.”

The proposal, according to Raymond, was a short-term rental for everybody in the community, including doctors and people visiting loved ones at the local hospitals.  The building would have housed 49 rooms with kitchenettes.

“My hope is whatever their plan is, it includes saving the structure.” Raymond said.

The Kozy building and apartments went up in flames in 2010 and was quickly condemned.  Multiple fires would happen in the vacant building in the years to come, including issues of people squatting inside.

Meanwhile, former Kozy owner Eric Ringsred continues his legal fight with the city to keep the building from demolition.   A status conference is planned for March 13.   Right now DEDA owns the property.

In the meantime, “DEDA will continue to explore alternatives to demolition of the Pastoret Terrace. Both DEDA and the City of Duluth are committed to revitalizing the First Street corridor,” the news release ended with.