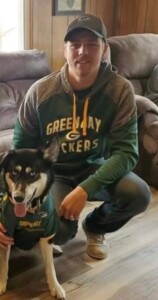 UPDATE (Jan 19, 10:35 a.m.) — The young man who crashed his snowmobile during a race event on Sunday is paralyzed from the lower chest bone down.

The 26-year-old is Cody Margelofsky of Mayville, Wisconsin.

According to a GoFundMe, Margelofsky was thrown from his snowmobile where he broke his back and severed his spinal cord.

He is currently receiving care at a hospital in the Twin Cities. A link to the GoFundMe is here.

LAKE SHORE, Minn. — A man was left in serious condition after crashing his snowmobile during a race event on Sunday.

According to the Cass County Sheriff’s Office, the crash occurred just before 2 p.m. near Jacobs Road in Lake Shore, Minnesota.

The 26-year-old man from Mayville, Wisconsin was participating in the Nisswa 100 Snowmobile Race Event when he crashed on course.

The man was transported by helicopter to a Twin Cities hospital after medical aid was done by a number of different agencies. He was in serious condition.

The Sheriff’s Office says the incident remains under investigation.