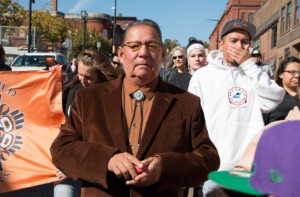 DULUTH, Minn. – As of Monday, there are three candidates who have confirmed their run:  Current Mayor Emily Larson, former Duluth lawmaker Roger Reinert and Robert Schieve, a veteran who is retired.

Shieve is the latest person to announce he’s running.  He told FOX 21 Monday that he wants to give the city back to the community when it comes to decision-making.

He supports law enforcement, firefighters, nurses and doctors and said he would focus on improving safety for people of all backgrounds, in all neighborhoods and in our schools.

Shieve ran against Larson in 2015.

Meanwhile, FOX 21 asked current and former Duluth city councilors whether they are running for mayor. Click here for that story.