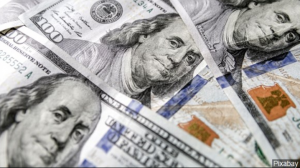 Walz estimates that 2.5 million households would get a check, smaller than his original 2022 proposal that he said would’ve benefited 2.7 million households. The rebates would consume $4 billion of the $17.6 billion budget surplus, the governor said. The 2022 version of Walz’s rebate checks had much looser income caps: $164,400 for individuals and $273,470 for married couples.

Walz’s plan is about one-fifth the size of the tax break that legislative Republicans and several DFL senators want. They’ve proposed a full exclusion, which would cost the state an estimated $2.8 billion in lost tax revenue over the next four years, compared with $468 million in lost revenue under Walz’s proposal.

Overall, Walz has proposed spending $16 billion of the state’s $17.6 billion projected budget surplus through a series of family tax credits, public school spending, and funding boosts to climate initiatives, public safety, and housing. All of the spending requires approval from the DFL-controlled Legislature before it can become law.

Legislative Democrats and Republicans are scheduled to respond to the governor’s proposal later this afternoon.

This story is developing and will be updated.