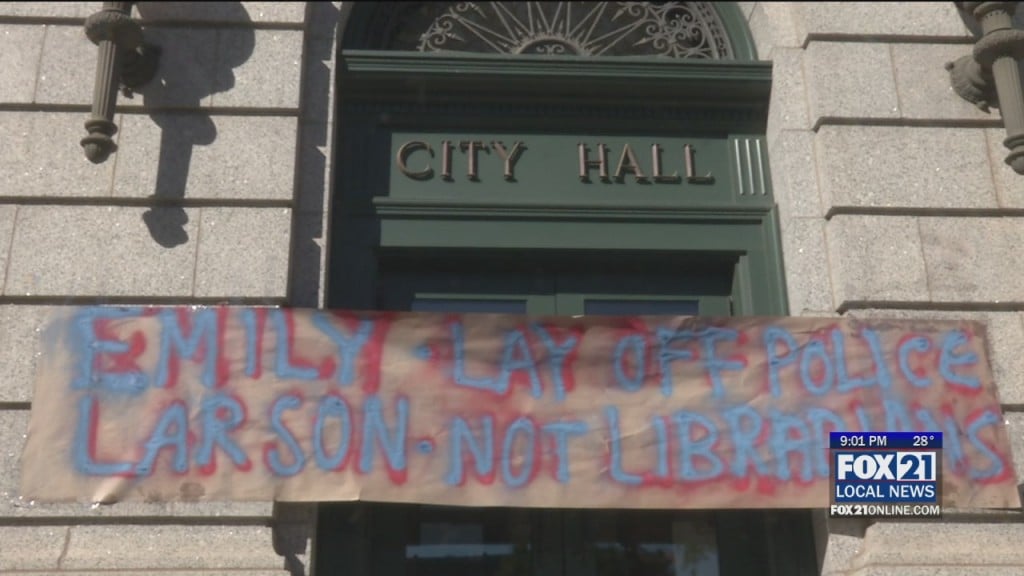 Despite the crowd, the number of people of color present was lacking.

DULUTH, Minn.- Voices demanding change after the death of George Floyd once again filled the grounds of Duluth City Hall Saturday, but this group of dozens organized under a slightly different version of the message than the group of thousands did two weeks before. Chants of “Defund the Police!” took on a very literal meaning aiming at the city’s budget….