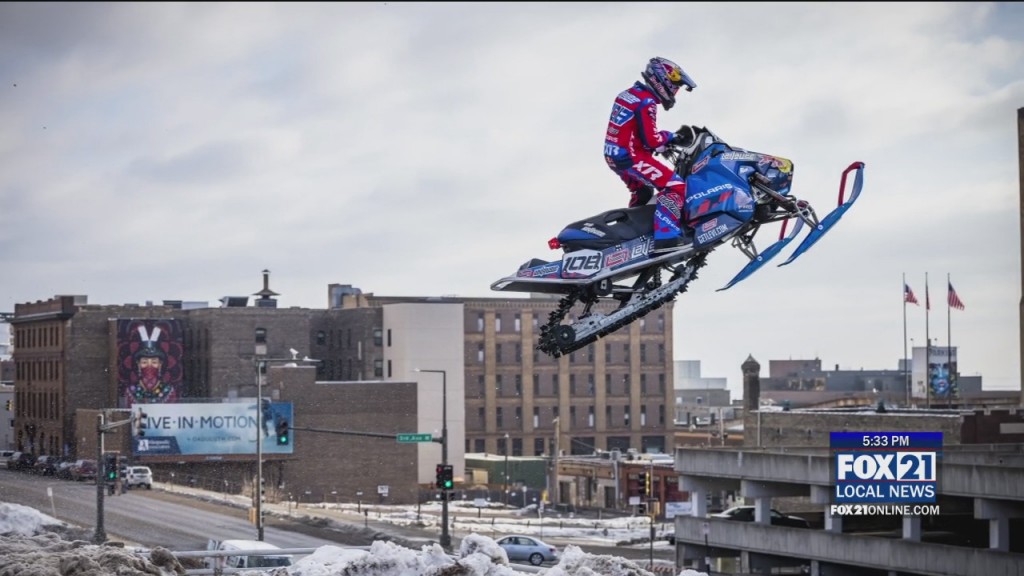 DULUTH, Minn. – It’s something you don’t see every day in the City of Duluth – a man so full of adrenaline and excitement that he wants to jump his snowmobile over a moving train, or on a busy road such as Lake Avenue. Red Bull professional snowmobile rider Levi LaVallee isn’t thrilled unless boundaries are pushed to the max….