SNOW LIKELY TO END THE WEEK

The skies will be opening tonight, which will cause temperatures to plummet well into the negative teens and 20s.  A light wind will persist which will put wind chills as low as -35°. Therefore, a Wind Chill Advisory has been issued through noon Sunday.  After a very cold start tomorrow, temperatures will barely reach the positives with highs in the mid-single digits.  After enjoying sunny skies through the morning, the afternoon will bring increasing clouds ahead of another clipper that will bring light snow to the Northland on Sunday evening. 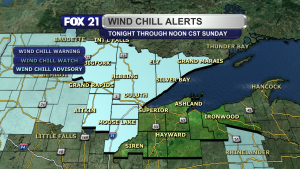 The snow will wrap up by the early morning hours Monday, leaving less than an inch of snow north of Hwy 2 and 1-2 inches south of it.  Some lingering lake effect snow will continue along the South Shore, though additional snowfall will be minimal.  Following this clipper, arctic air will take hold of the Northland through the first half of the week. After spending about a week with below normal temperatures, warmer air will move in Wednesday bringing a chance of snowfall into Thursday, but also more seasonable temperatures with highs getting into the 20s towards the end of the week and into the weekend. 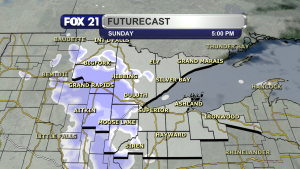 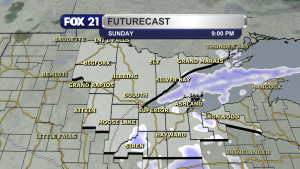 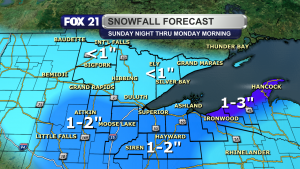 Cold Weather Not Slowing Down Can of Worms Work Much